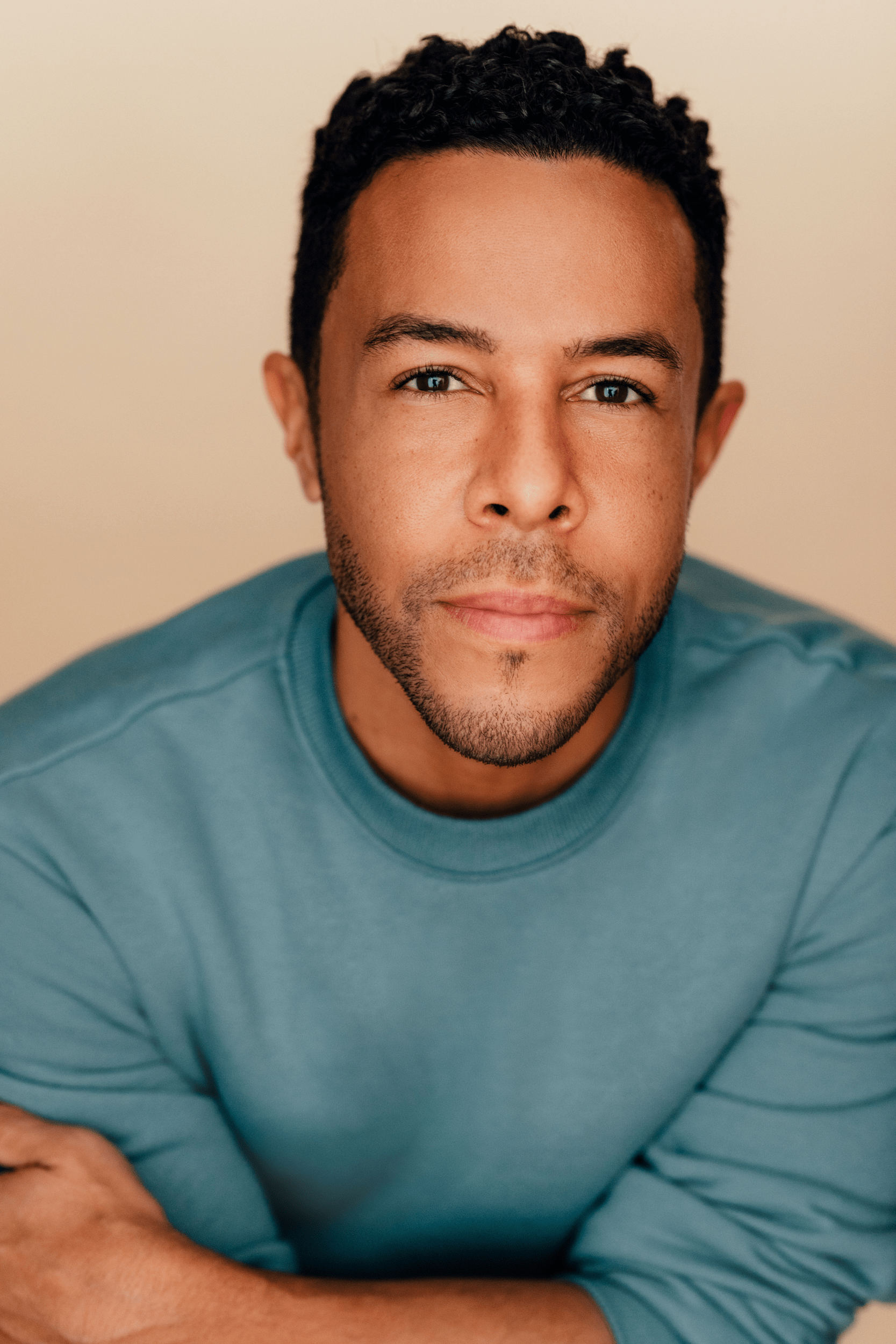 Cedric Leiba, Jr. is an award-winning stage, film and television actor, singer, dancer, writer and producer. He has toured the U.S. and Canada with theatrical productions of Rent and Miss Saigon as well as performed at the prestigious Théâtre du Châtelet in Paris in a production of Carmen la Cubana.

Cedric’s TV/FILM credits include HBO’s High Maintenance, Fashion One Television’s The Switch and movies Millie and the Lord, Elliot Loves, featured as a vocalist in Spielberg’s West Side Story and playing the lead role of Manny in the 2020 Tribeca Nominated Best Narrative Short Gets Good Light. In the fall of 2022, Cedric appeared in BROS, the first LGBTQIA film produced by a major studio (Universal Pictures).

In 2020, Cedric reached the milestones of releasing original music under his singer/songwriter name Ceddy and founding DominiRican Productions, a production company, with his fiancé Pierre Jean Gonzalez.

The Advocate selected Cedric and Pierre as “Champions of Pride 2021” in recognition of their mission with DominiRican Productions to create opportunities for Afro-Latinx and Indigenous Latinx representation in TV and film in the rooms making the casting decisions, in the writers’ rooms, on-screen and in the director’s chair.

Good Morning America similarly included Cedric and Pierre in their “Inspiration List 2021” of people making LGBTQ+ history.  Nominated by Nicco Annan, who wrote, “They remain collaborative visionaries that continue to create for those who so often don’t see themselves on stage or the big screen. Their projects illuminate a part of our community that deserves more light. Two promising trailblazers bringing healing and much-needed conversations.” Recently, DominiRican Productions was selected to feature “Rhythm Is Gonna Get Who?” in the Latino Film Market Festival, the BiteSize Film Festival and won Best LGBT Short Film at the Uruvatti International Film Festival. Along with “RIGGW?,” “Release,” an experimental short inspired by Cedric’s poem, was selected for Queer 2 Queer Fest, BiteSize Film Festival and received an Honorable Mention at the London Seasonal Short Film Festival. “Release” has won Best NYC Film at the NYC Downtown Film Festival, the Gold Award at the Hollywood Gold Awards, Best Experimental Short at the Fargo Moorhead LGBT Film Festival and Best Experimental Short at the Uruvatti International Film Festival.

Cedric recently performed as Macedonio Guerra in Theatre Squared’s production of Kristoffer Diaz’ Pulitzer Finalist Play The Elaborate Entrance of Chad Deity and has performed regionally and Off-Broadway in such houses as The Public and The Old Globe. He has been favorably reviewed by The New York Times in Goodspeed’s La Cage Aux Folles, New Haarlem Arts’ Sweet Charity and The Lucille Lortel’s Yellow Brick Road. A proud Afro-Boricua, Gay artist, Cedric is an ensemble member of Pregones/PRTT as well as Bombazo Dance Company where he showcases his Afro-Latinx roots as well as represent the LGBTQ+ community through his art.

A 2021 and 2022 Featured Poet in the Latino Book Review, Cedric received a Bachelor of Music from Stetson University and a MFA from The Boston Conservatory.  Cedric was born in Santurce, Puerto Rico and currently resides in New York City.